The Beck Group’s work on the Crescent McKinney & Olive Office Tower and the University of Texas Bioengineering and Sciences Building was recently awarded with a Topping Out Top Ten Award. The awards event was held at the Dallas Arboretum and Beck also served as a Silver Sponsor. 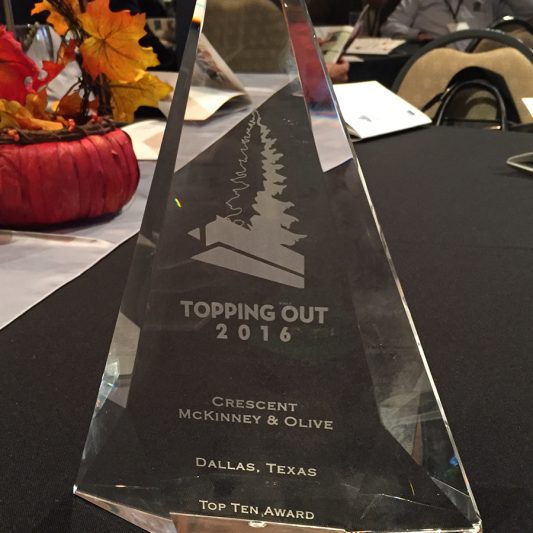 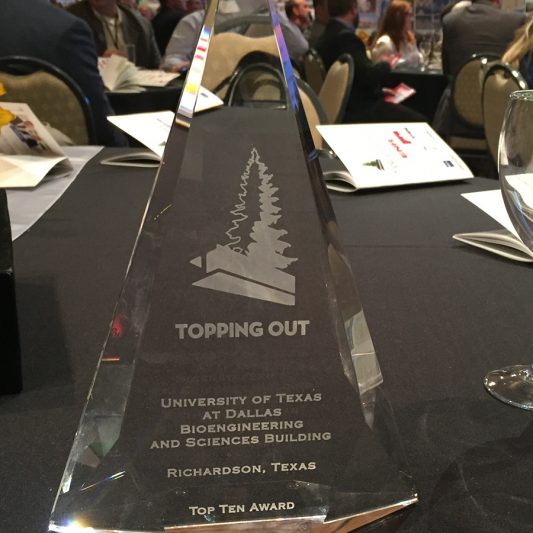 Topping Out is unlike any other Architecture/Engineering/Construction industry award event in the area in a number of ways:

McKinney and Olive Hottest of the Hot

The University of Texas at Dallas Bioengineering and Science Building