For the second year in a row, Uber invited The Beck Group to participate in its third annual Uber Elevate Summit for its 2023 Uber Skyport Mobility Hub. The Beck Group revealed its design June 12 at the summit in Washington, D.C.

“Our design is in part inspired by prefabricated components that can be shipped directly to a project site, offering a real-world, design-build solution that will one day bring this innovative concept to life,” said Tim Shippey, Associate Principal at The Beck Group. Dallas is one of the three confirmed test markets to participate in Uber’s aerial ridesharing program, which launches in 2023.

A critical part of the success of creating an aerial ridesharing ecosystem involves using existing infrastructure and adding modular “plug and play” elements. The undulating cloud structure, elevator enclosure, and sky lounge can be manufactured at The Beck Group-affiliated, off-site manufacturing and fabrication company Factory Blue.

“We focused on providing the optimal user experience for those that will use the space,” said Michael Kaiser, Principal and National Director of Design at The Beck Group.

With a parking structure retrofit in mind, The Dallas Skyport simplifies the traveler’s journey – everything from arrival to check-in, waiting at the terminal to departing into an eVTOL aircraft. Structural elements also counteract the intense heat of Texas summers. For example, the wing-like canopy covering eVTOLs as they charge promotes airflow and allows for improved ventilation.

Where last year’s design focused on high-volume infrastructure, this year’s concept showcases what Skyport connected mobility hubs might look like in Dallas/Fort Worth, Los Angeles, and Melbourne in 2023. The Dallas Skyport and all of the 2019 concepts represent the first thoroughly measured and technically possible Skyports concerning market readiness, costs, environmental and regulatory awareness, charging and power generation and noise. 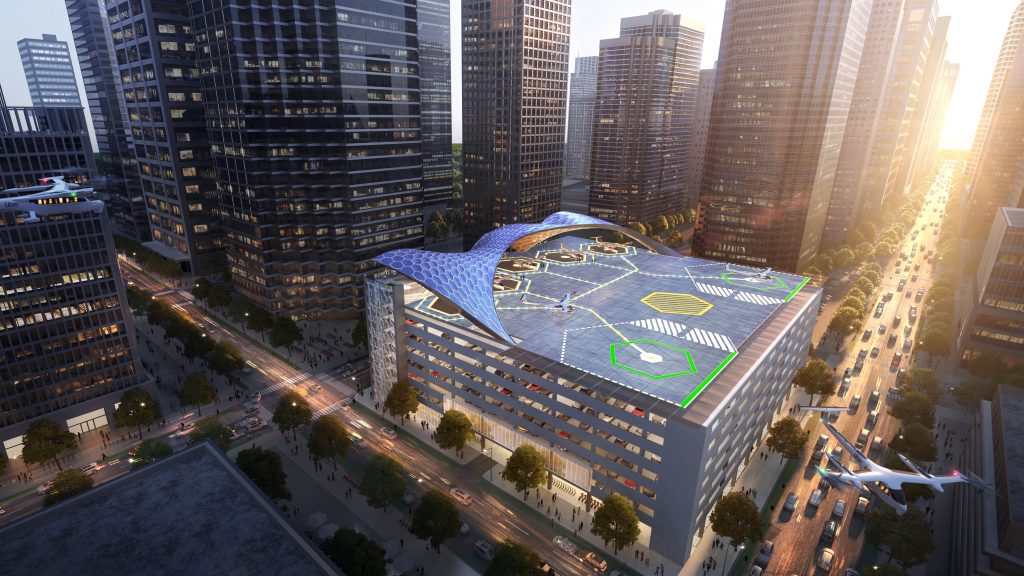 An aerial view of the Dallas Skyport.

A street-level view of the Dallas Skyport. 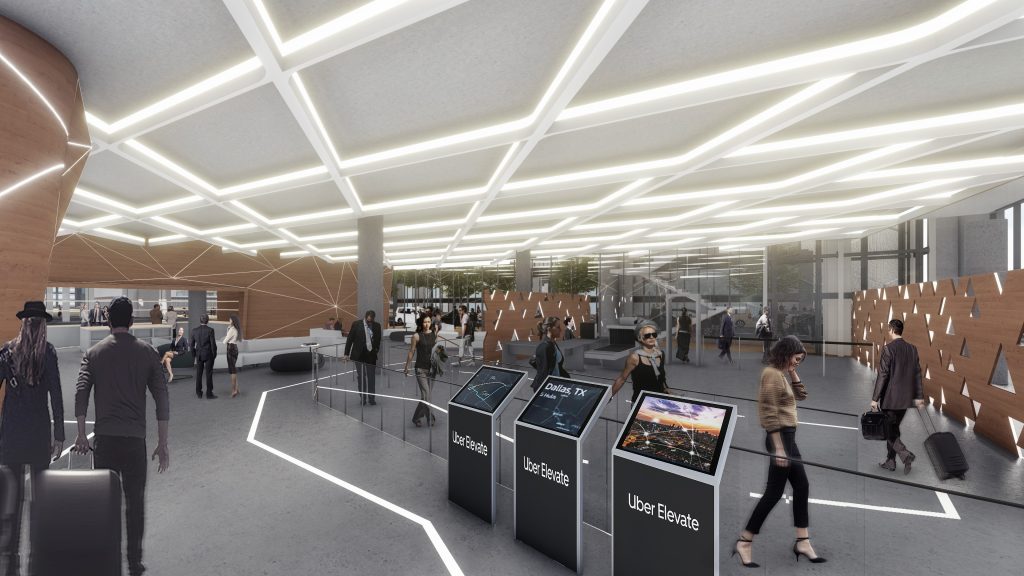 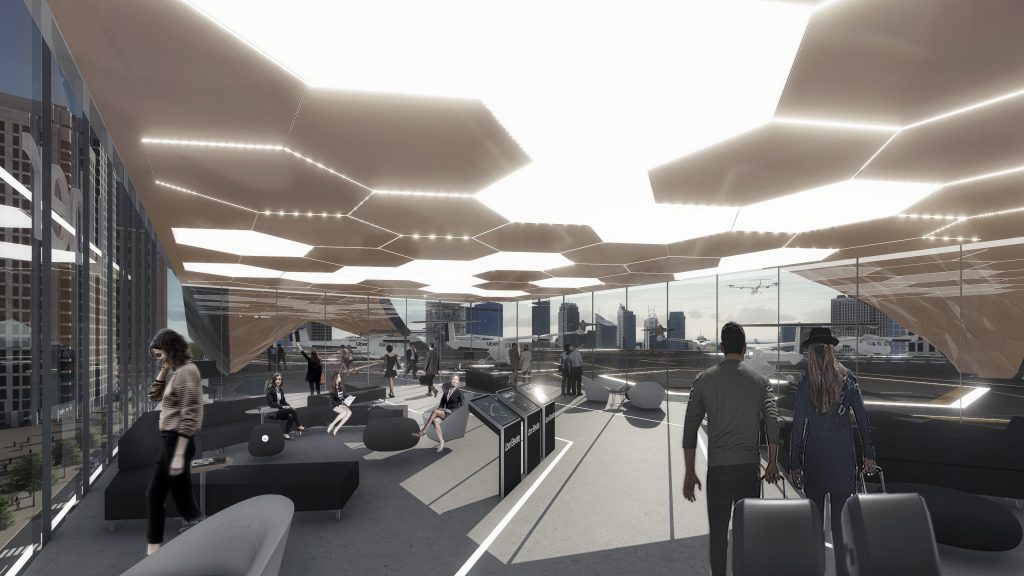 The sky lobby, which is situated next to the terminal.

Looking out towards the Dallas Skyport terminal.