Brightly colored shovels, popcorn and crowds of supporters and volunteers were on hand for the groundbreaking of the Texas Scottish Rite Hospital’s North Campus in Frisco yesterday. The project, to be built by The Beck Group, will bring much-needed orthopedic care to children with in this community, north of Dallas, where one-third of the population is younger than 17.

The new facility will be the second facility that bears the Scottish Rite name – the first being the 95-year old original campus near downtown Dallas. 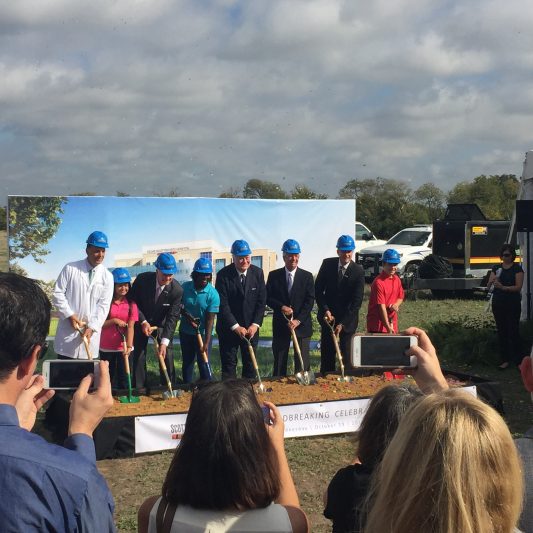 Read more on the project in this article from the Dallas Morning News and Dallas Business Journal.